Three hundred feet!  My first thought was “did I hear him right?”.  I’m accustomed to hearing 30 feet, 50 feet, even 70 feet, but 300!  Our guide was teaching us something new.  We were fishing Pass a Loutre out of Venice, LA and we were one day in advance of the arrival of tropical storm Patricia.  The heavy rains that were pounding Texas would be arriving in Louisiana the next day, so it was expected that the sky was overcast and the sea had a heavy chop on the water with Roseau cane waving violently back and forth nearby.  Even so, guide Miles Larose (@shallowsouth on Instagram) was spotting pushes from big fish far out on the flats.  After a couple of the pushes turned into redfish that took our flies,  my buddy “Rusty Hook” and I began scanning the flats for pushes too.  Once we had seen a few under Miles’ direction, we “got it” and soon could also spot the speeding, torpedo-like wakes in the chop.

The previous day we had the wind but we had been lucky enough to have some sunshine.  The big pumpkin colored fish were easy to spot and we did very well sight casting to them.  But Saturday was a different story with even heavier winds and dark, overcast conditions.

I looked out at the flat at in the twelve o’clock position and there was that wake, headed right for me.  The wake was something I wouldn’t have noticed on my own without help from Miles.   Once I spotted it, my pulse quickened and I tried to will it to come to me.

The wake kept coming and as it drew closer, it appeared to pick up speed which it didn’t of course, it was perception relative to the distance, but the fish were moving at a good clip and when it was close enough to see orange, you better be casting.

My first instinct was to make as long a cast to the fish as I could to give me the opportunity for more shots, but that turned out to be my folly.  My long cast wasn’t accurate and then I had to strip line in to be able to make another short cast, but the fish was fast and it left little time to strip in line to make another cast.  It turned out the better practice was to wait on the fish and make a shorter cast that could be picked up and re-cast without stripping in.  The shorter casts were more accurate and having more shots made the odds better.  Live and learn.

As we stalked the wakes, it was excruciating to watch the fish draw closer and then turn and then turn again.  If the wakes were headed away from us, Miles would crank the engine and make a wide circle around them and try to get ahead of them without spooking them.

It was great fun and Rusty and I thank Miles for delivering such a great trip.

Also, I may have to rethink my statements about the Samurai System not being for flats boat charters.  The wind was absolutely howling and though I didn’t need to “cock and lock” with the rod holder because I had no paddle to contend with, I used the heck out of that stripping bucket and it worked great.  Whenever my hand got tired, I could drop the rod in the holder with the line locked and just lean on the bar.  In fact, on one occasion I was resting my wrist and a fish showed and I wasted no time or motion getting a fly to him.

During lunch my rod was in the holder, “cocked and locked” and leaning on the lean-bar with shooting line ready, just in  case a fish showed up.  Also, whenever we suspected we might get a double I could strip line into the bucket and have the rod at the ready. Certainly not as important as when solo fishing in a puddlecraft, but nevertheless, I was glad I had it and will continue to take it on charter trips.  Sure beats this (below): 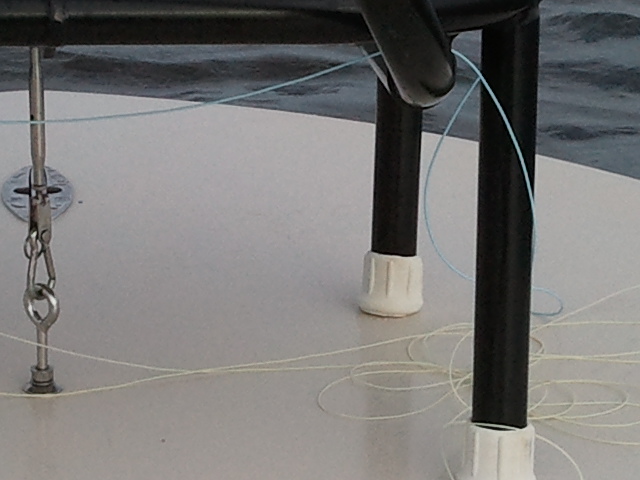 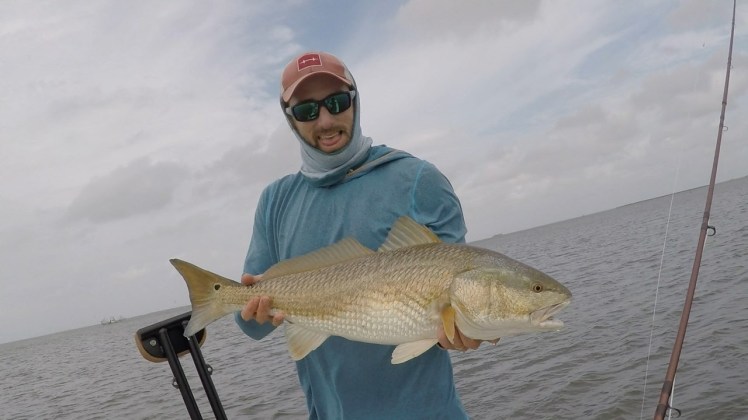 Still outside and fishing. In Australia you get cuffed for just being outside.
Jimson weed blooms in October, seeing it all over the Delta. This stuff is hallucinatory and was even used in the storyline of “Walking Dead”. Don’t mess with it or you’ll be thinking we have a rogue gov trying to put us all away... oh wait...
Hey Magnolia Fly Fishers, stop drinking the Kool-Aid every now and then to catch a fish.
Magnolia Fly Fisher, Ashley, with a nice bass...
Magnolia Fly Fisher - Ashley with a carp caught in TX on her Orvis Recon rod.
Puddling for redfish today. I loved fishing the skinny water in my kayak watching the big powerboats roaring by, knowing they could’nt get near my fishing. Did pretty good, but I’m a little rusty or I would have had more in the boat. Lots of shrimp, baitfish and blue crabs in the marsh today.
https://samuraiflyshop.com/2021/09/01/roll-cast-practice-instructor-tool/
Hazard to fly fishing the Rez. Would like to wade, but...
Possibly the last Rez mayfly hatch of the summer, maybe one more in Sept.