Breamfest was a hoot!  A “hoot” is a good thing by the way, in fact, real good.  I had a great time and actually took second place, winning an Abel reel and a check for $500.

My best fishing buddy, Albert Wood, won first place.  I know  how well that guy can fish so I don’t feel bad about being second to him at all. 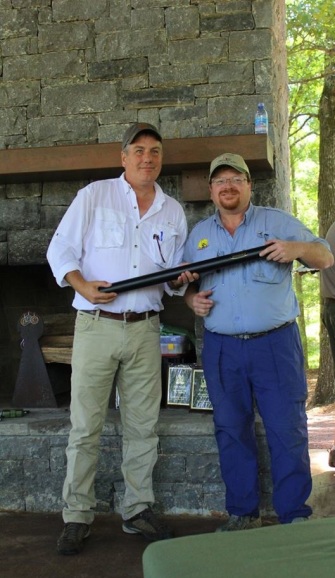 Albert’s son Cullen took the youth tournament and the youth casting.  No surprise again.  (Being Albert’s son he didn’t have a chance at not learning how to fish with a fly rod.)

I think everybody in the tournament was a winner of at least a door prize.  Lunch was provided by The Gathering restaurant and most of us had really worked up an appetite so the good food was well appreciated. Many thanks to Chris Haddad and Providence Hill Farm for putting on this great fly fishing event in central Mississippi.

The fishing was actually kind of tough, and I was expecting it to some degree, based on fishing lakes around the area leading up to the tournament.  Bream can get finicky during full moon spawning, especially with dry weather and high pressure.  Something had definitely had given them lockjaw.  The dry weather had reduced the lake level and the areas where we had caught fish in March were just too shallow to hold fish.  I knew something was different immediately when my first few casts received no attention.  I managed to land enough fish for second place by sight casting to discolored water, which I suspected as muds made by bream in the shallows.  I am used to sight casting to mud clouds for redfish so it wasn’t a stretch for me at all.   I made a cast to the off-color water and pulled a Tiny Muddler slowly through and got a tap, but no fish.  After a couple of missed bites I changed over to a Beadhead Hare’s Ear under an indicator and pulled it into the area and got a nice bream to take.  That technique became my protocol for the rest of the day, look for a little mud or discoloring of the water, drag a BHHE into it and basically just irritate the disinterested bulls into trying to move the fly away.  I guess I must have caught at least one fish on a complete blind cast to open water, but I don’t remember it.

Albert and I fished separately for most of the tournament but we finally got close together.  It’s hard enough to watch your buddy catch more fish but its even worse when there are prizes riding on it! 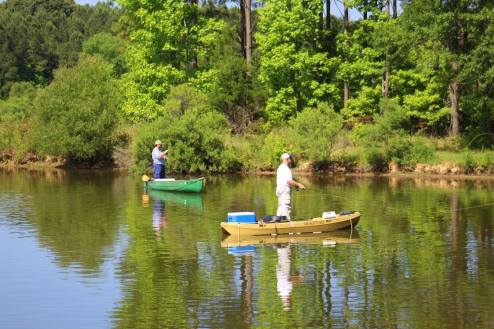 Sage was on hand and I got to cast some great rods while I was there. 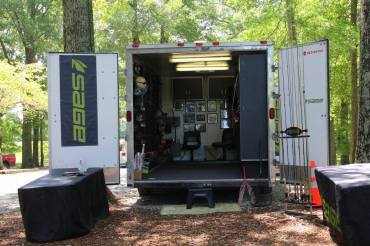 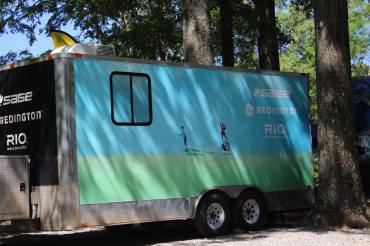 Last but not least, one of the great things about a “Breamfest” is the “Bream Feast”!

I am getting ready for a sight casting trip so hopefully I will be back on track with some posts about sight casting to redfish.  Another project I have is that I am designing a new stripping basket for the “system” and I will have news on that in coming weeks too.

Neighborhood ponds are sweet!
Mayfly hatch using my mayfly popper. Wind was horrible and it finally got so bad it ran the fish off but i got one little mess!
Scott with a nice smallmouth bass caught in AZ last week.
Mayfly time
Its bream bedding time and poppers are working well in the neighborhood ponds around the beds.
Jeff Ferguson, Master Casting Instructor, giving the Magnolia Fly Fishers some much needed advanced casting instruction. Jeff did a fantastic job!
Plenty of bass at Calling Panther, this one Cullen picked up while soaking some flies for bream.
Albert showed us how to catch bream at Calling Panther yesterday, here's a nice one.
Cullen and Albert working on some Calling Panther bream yesterday late. Full moon is coming up, time to get out there.
First redfish trip coming up!